The new kid in town is wearing an old hat. 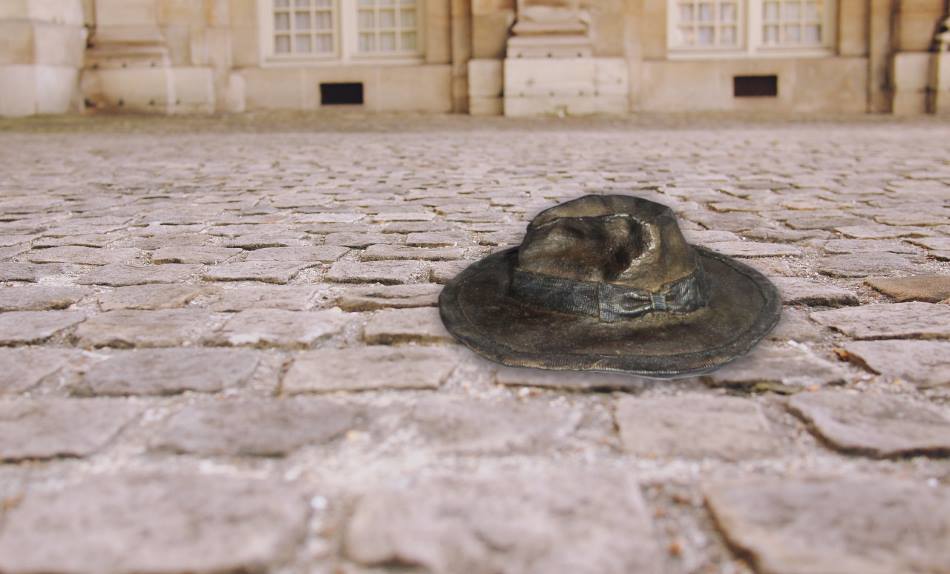 INTRO: Full disclosure – I am making some of this up. It is a parable that I will weave into the eternal truths that we find in the scriptures.

Most of us are familiar with the phrase “old hat.” It is what we say when we mean that something has become very familiar and possibly that could be boring for some. Unfortunately that is how many people regard Christianity. My goal with this lesson is to ensure that we are not …

I found an old hat a while back. It was pretty beat up and I found myself examining it , wondering who it belonged to and what sort of a life had been lived in such a worn out old hat. And why was it now in my hands?

Had its owner finally decided it was no good anymore and discarded it or had he simply mislaid it? Neither scenario satisfied my curiosity as to how the hat came to be in my possession. It didn’t make sense that someone would  simply throw a hat away after wearing it for so long and it made less sense that the owner accidentally left it somewhere and did not come back to get it. People are not easily parted from such old friends.

I recalled the parables that Jesus told about lost things in Luke 15.

The Lost sheep that was one of a hundred but the shepherd left the 99 to go looking for it.

The lost coin that was one of ten but the woman who lost it turned the house upside down to find it.

Because we are all precious to God and even His angels rejoice when one of us is found!

There is not one of us that Jesus would not die for!

But I just knew that somebody had to be looking for this hat!

Unless he had died…

The more I thought about it the more that option made sense. The only thing that I could see that would cause a person to be parted from such a faithful old friend would have to be death.  That is why it had been abandoned. That is why no one was looking for it.

I could not be 100% sure about that conclusion but I felt pleased that I was able to come up with a viable explanation and now, having satisfied my curiosity as to where the hat came from, I next turned my attention to the question of what would happen to the hat now.  At this point I could not take my eyes of the hat. I was drawn to it as though it was a long lost friend of my own, and I rarely wear a hat!

In my mind this old hat was obviously precious, precisely because it was so old and so worn. I thought what an odd thing it was for me to be so moved by a piece of cloth! But this was a hat that had never failed to do its duty. This hat had been completely devoted to its owner…

Wait a minute, though…

How do I know that there had been only one owner?  This hat may have been passed on from father to son…and maybe even to his son?

What if I was not the first person to find the hat? Had there been others who had asked the same questions about it… before… they… donned it themselves?

Now I was actually considering putting it on my own head?

Outrageous! Put on a hat that belonged to someone else?

A hat as old and worn as this hat? Who knows where it had been????

WHY would I want to put this hat on my own head?

Because I could not escape the feeling that I wanted to share whatever the previous owner(s) had experienced in wearing this hat. Somehow it seemed that I could identify with, connect with some other life through this hat.

And this thought was so exciting…new even!

This old hat had brought something new into my life.

That caused a flood of thoughts that came from the words of Jesus and His apostles. Words about sewing a new patch onto old clothes or putting new wine into old wine skins in Luke 5:33-39 where Jesus ends up saying that old wine is better than new wine!

What was His point?

I think He was telling us that we cannot possibly survive His gracious work if we are not willing to let Him make something new out of us.

Then John tells us in 1 John 2:7,8 that he writes a new / old commandment when he speaks about loving each other as God loves us. John apparently lived to be a ripe old age. He was virtually marinated in God’s love… He was cured by His grace. Spirit-fed, vine-ripened and faith-aged.

his mercies never come to an end;

23  they are new every morning;

great is your faithfulness.

God never takes a day off from being merciful. That is something new!

Daniel calls Him the ancient of days (Dan 7:9) God is the ultimate, infinite  old-timer!

John in Revelation calls him the beginning and the end  (Rev 1:8)

Only someone this old could be so new.

When you meet Jesus you meet someone who has been where you have never been and done things that you have never done before you were even born! And He promises to take you into His world. What is old about that?

I picked up the hat. I could barely tell where the front and the back were but I raised it up and perched it on top of my head. I was really nervous about the next bit but I knew it would only fall off as soon as I moved unless I actually pulled the hat down on to my head. If you have ever had a hat blow off your head then you know how unsettling that can be. There is a momentary shock when  it separates from your person and goes its own way and it leaves you feeling naked!

Somehow I knew that it was not enough to just put the hat on…I needed to WEAR that hat.

But how could I? What were the chances that it would come even close to fitting me?

There was only one way to find out.

What did Jesus say? If chooses to do God’s will, he will know whether the teaching is from God or whether I am speaking on my own authority. John 7:17

Try it before you abandon it!

Those words s almost seemed to come from the hat, or was it the person who wore it last?

My mind went back to the times when I had tried to share my faith with others whose response was more or less,

“The Bible? Haven’t we outgrown that worn out old thing?”

“Jesus? He is old and slow. I am into new and fast”

PLEASE! TRY IT BEFORE YOU ABANDON IT!

Well, at least here and now, with just me and this old hat, I was able to overcome my natural resistance and I reached up and took the brim on both sides. I closed my eyes and braced myself like a child preparing to swallow some vile medicine. I carefully pulled down and jostled the whole thing, worried that it might fall apart. I was expecting to have to work on the actual placement for a while but to my surprise, in next to no time, I had myself a hat and I was wearing that hat and it felt so comfortable!

It felt so comfortable that I soon began to feel a bit anxious at the thought of taking it back off again!

But along with that bit of apprehension I also was caught up with the desire that everyone should have the chance to feel what it is like to wear such a hat. Why should I be the only one while no one else had a clue what I was enjoying? And there was no doubt in my mind that whoever had worn this hat before me had felt the same urge to both …WEAR IT AND SHARE IT!

That takes my mind to scripture again. The Hebrew writer talks about sharing…

Heb 2:14  Since therefore the children share in flesh and blood, he himself likewise partook of the same things, that through death he might destroy the one who has the power of death, that is, the devil,

Heb 3:1  Therefore, holy brothers, you who share in a heavenly calling, consider Jesus, the apostle and high priest of our confession,

Heb 3:14  For we share in Christ, if indeed we hold our original confidence firm to the end.

And Peter has this to say about sharing:

1Pe 4:13  But rejoice insofar as you share Christ’s sufferings, that you may also rejoice and be glad when his glory is revealed.

God’s power is revealed  through His Word - IN His people.

His word has been here since the beginning and has been trampled and abused and it has weathered all kinds of storms. Many have little regard for it.

His church has been around for centuries and it has been abused and trampled. Many seek to change it.

God’s grace never stops flowing and the tree of life never stops growing but many look past God in search of something NEW.

Once I began to get used to the feel of this old / new hat I realized that I should probably check out what it looked like with me wearing it (or was it wearing me?).

I really didn’t care what it looked like because it felt so right and I had no intention of taking it off, even if it looked hideous. After all there was a time in my life when I had worn bell bottoms, and even winkle-picker shoes! I was tempted to not even bother with a mirror but something seemed to tell me that I should take a look. Again, a little prompt from scripture

Examine yourselves, to see whether you are in the faith. Test yourselves. Or do you not realize this about yourselves, that Jesus Christ is in you?—unless indeed you fail to meet the test!  2Cor 13:5

So I stood before the mirror and looked and what I saw was God’s promise to those who remain faithful until death. I knew that I had not yet passed into death but I saw gave me such courage, even optimism to face the trials of life. I saw the promise that James spoke about and I knew that he had worn this hat with joy.

Blessed is the man who remains steadfast under trial, for when he has stood the test he will receive the crown of life, which God has promised to those who love him.  Jas 1:12

It comes from Jesus to those who want to be like Jesus.

This is the crown that Jesus wears:

Rev 14:14  Then I looked, and behold, a white cloud, and seated on the cloud one like a son of man, with a golden crown on his head, and a sharp sickle in his hand.

He did indeed die but He did not abandon His crown. He shared it!

Rev 2:10  Do not fear what you are about to suffer. Behold, the devil is about to throw some of you into prison, that you may be tested, and for ten days you will have tribulation. Be faithful unto death, and I will give you the crown of life.

JESUS WEARS AND SHARES HIS CROWN!

He is coming back for that old hat!

Re 3:11  I am coming soon. Hold fast what you have, so that no one may seize your crown.

God’s plan of salvation may seem like old hat to many but this is what that old hat looks like to God.